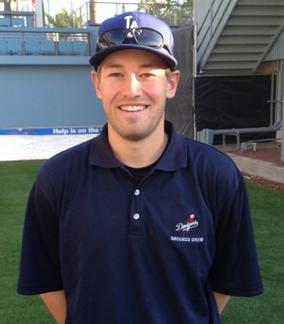 Andy has worked in the Turf Management industry since his high school years, beginning with the site of the Little League Softball World Series in Portland, Oregon. He went to school at Feather River College and Missouri Western State University to play baseball and graduated with his Bachelor's degree in Business Administration. Andy then went on to work in the Turf Management industry in both regional and national levels.

Andy pursued a position in the NFL with the Washington Redskins for the 2013 - 2014 season and then went on to learn the ins and outs of the MLB through a position with the Los Angeles Dodgers for the 2014 - 2015 season. With NFL and MLB experience, he prides himself as being a strong up-and-coming young professional in the industry, specializing in line and logo application on both natural and synthetic surfaces.