Please give us a call

for your complimentary consultation

About 20 years ago, Andy Hebrard started tagging along while his dad performed work on athletic fields around the Portland metro area. His father's company focused on executing quality work on athletic fields for affordable rates. Being involved on a daily basis with an array of different sports and working with his hands on the great outdoors intrigued Andy to start his own company, Athletic Applications, to continue pursuing his passions.

Andy graduated from Clackamas High School and went on to play collegiate level baseball at Feather River College, then Division II Missouri Western State University (MWSU). Dan Conners, a teammate, classmate, and former roommate, partnered with Andy on a senior project for an entrepreneurship class and thus, the business venture of Athletic Applications (formerly known as Lawn Sports & Graphics) was born in 2011. In 2012, upon graduation, Andy gained ownership of the company and took his venture to Oregon.

After spending some time in Oregon building Athletic Applications, Andy was presented with a unique opportunity to join the field management team for the Washington Redskins in the 2013 - 2014 season. Andy pursued this opportunity to gain an even larger skill set and work at the highest level in the field management industry. After the season finished, Andy was presented with another unique opportunity to join the team with the Los Angeles Dodgers, where he performed field maintenance and management, as well as logo paintings, for the 2014 season. Both opportunities built strong relationships for him that he still nurtures to this day. 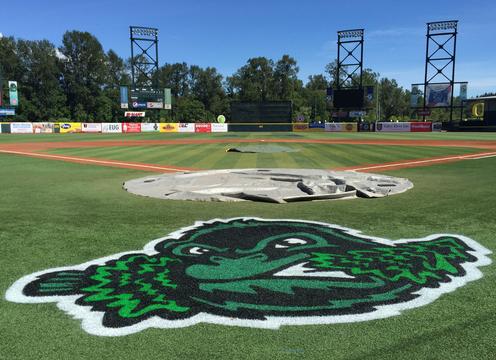